Since he began practicing law with a Dayton firm in 1978, Craig Matthews has helped individuals and businesses avoid problems with careful planning and resolved disputes with effective negotiation based upon thorough preparation. Clients can expect confident, professional and rigorous advocacy.

An advocate and problem-solver, Mr. Matthews has been active in community affairs: he founded a community improvement corporation, he organized adults and youth to create a community skate park; he served as a founding trustee of a land trust that successfully preserves green space in and around Greene County (Tecumseh Land Trust); he served as president of the Yellow Springs Chamber of Commerce and chair of the Yellow Springs Senior Citizens Center.

Mr. Matthews obtained his undergraduate degree in chemistry from Miami University in 1975 and his Juris Doctor from the University of Dayton School of Law in 1978. 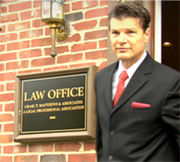 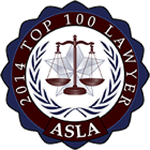